Showing posts from December 6, 2015
Show all

Higher Ed as the Oldest Plantation, Farber, and the Presence of Teachers 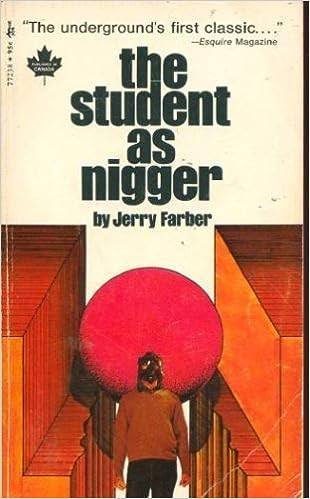 This post is going to sound like an encomium for Jerry Farber, and that's because it is. I've never met him, and as far as I know, he's retired from San Diego State University and now teaches at the University of San Diego. But we would do well to reflect upon some of his words.  Those old enough to have been writing teachers or grad students in the late 60s or early 70s may recall Jerry Farber's infamous, " The Student as Nigger ," which was published first in 1968 in the Los Angeles Free Press , then in various other places. It was a kind of manifesto on the way higher education had failed to do what it proclaimed to do, how faculty had failed, how students fail. There's lots to comment on in the essay, the use of the N-word to make a good point by a white, male academic who participated in civil rights work and the lack of response to this rhetorical move at the time (which Mary Rose O'Reilly mentions in her discussion of it in a College English
Post a Comment
Read more
More posts