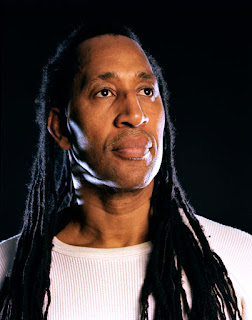 Entry 20 It may seem like we’ve been talking about antiracism this whole time. And in a way, we have. But let’s be clear about what exactly I’m offering in this blogbook, which can seem hard to discern if your assumption is that this blogbook is a “how to” guide to antiracist teaching. In one sense, it is, but not conventionally so. Antiracism ain't easy.  Antiracism is not really a particular pedagogy or a set of practices. We might identify a pedagogy or practice as antiracist in a classroom by some outcome it produces, but because racism and White supremacy are so much a part of everything -- they are a discourse made of both our material conditions and the ways we talk about our conditions -- it’s easy for a pedagogy or practice to be co-opted by the hegemonic structures around us. As Gramsci explains, this is how hegemony works. It constantly changes, adapts, and co-opts the forces and agents that work against it. Why fight your enemy head on, when you can incorporate them int
Post a Comment
Read more

Blogbook -- No Avoiding Race and Racism

Entry 19 It is not hard to argue that the early racial discourses from men like Birnier, Lineaus, Buffon, and Blumenbach were also racist (see entry 6 ). From their origins, these discourses were hierarchical and placed people in uneven racial categories. That is, from the beginning race was inherently a hierarchical set of categories that came out of European discourses of science and philosophy by folks like Hobbes, Locke, and Bacon. And these thinkers were influenced by Aristotle’s scientific rhetorics of categorization (see entry 5 ). So the very idea of race as a set of categories which was easily placed into hierarchies of value could be argued is racist.  Today, this leads some to claim that just mentioning, using, or identifying race in any way is racist. We should therefore stop using race altogether as a way to reference people, either as a group or individuals. The idea is that you can stop racism by avoiding the idea of race in language, which doesn’t allow such ideas to ci
4 comments
Read more
More posts

- April 24, 2021
On April 18, 2021, I posted on this blog about why I was leaving and the CWPA and asked for a loving and compassionate boycott of the CWPA until it could demonstrate structural changes that addressed its racism and White supremacy culture. As of today, that post has been accessed 11,850 times (less than a week). Three days later, the WPA Journal and its publisher, David Blakesley, both offered a statement and letter of support of the boycott and the demand for the CWPA to make antiracist changes. Six days after I posted, the CWPA's  Executive Board released a formal statement  (dated 4/23/2021). On May 10, 2021, the CWPA-GO officially separated from CWPA and issued this statement with demands .  As of this writing (revised on June 10, 2021), the petition for boycotting the CWPA has 771 signatories on it. That is over double the total membership of the CWPA. Thank you to all who signed that petition. It made a difference.  While I do not plan on responding to the elements of the
Read more

Is Grammar Racist? A Response

- February 27, 2017
After all the negative press in the far right-media and blog sphere recently over my writing center's antiracism and social justice statement at the University of Washington, Tacoma, a center I direct, I thought I'd offer a personal response to some of the most frequent misunderstandings and questions about the statement and my own teaching and work. These are my views and not necessarily those of the university or the writing center. The Crapstorm  The hoopla began when my university did a story on me and the center's antiracism statement  on Feb 17. It took about three days for the crapstorm to hit the far-right media. Many of the articles open with some kind of statement that suggests the center and I, or the university more generally, promote the idea that English grammar is racist. Here's a few: "College Writing Center Declares American Grammar A ‘Racist,’ ‘Unjust Language Structure’"  Rob Shimshock (Feb 20, 2017,  The Daily Caller ), reprinted on
Read more