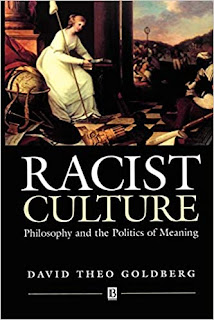 Entry 10 At the heart of racist discourse is the logic of categorization. It structures and produces power and unequal outcomes in racialized groups in schools. For instance, grading in the literacy classroom, because it categorizes instances of language (and students) then sorts those instances and students into hierarchies, creates power relations among people and groups of people. It creates haves and have-nots. These power relations are based on language by being based on the language standard used to dispense grades. So, because language always travels with groups of people who have fallen within racialized patterns in communities, categorizing by language categorizes by race. The group of people who make language standards in schools -- that is, elite Whites -- also make the privileges that flow to people like them, or who come from similar places as they do. The bottom line is: Grading by a single standard of language is racist. It’s a good example of racist discourse and how ra
Post a Comment
Read more
More posts