On April 18, 2021, I posted on this blog about why I was leaving and the CWPA and asked for a loving and compassionate boycott of the CWPA until it could demonstrate structural changes that addressed its racism and White supremacy culture. As of today, that post has been accessed 11,850 times (less than a week). Three days later, the WPA Journal and its publisher, David Blakesley, both offered a statement and letter of support of the boycott and the demand for the CWPA to make antiracist changes. Patti Poblete, one of the CWPA EC members at the meeting, offered her own rendering of and thinking about the meeting on her blog (4/21/2021). Six days after I posted, the CWPA's Executive Board released a formal statement (dated 4/23/2021). On May 10, 2021, the CWPA-GO officially separated from CWPA and issued this statement with demands.

As of this writing (revised on 09 Sep 2021), the petition for boycotting the CWPA has 778 signatories on it. That is over double the total membership of the CWPA. Thank you to all who signed that petition. It made a difference.

While I do not plan on responding to the elements of the CWPA's formal statement, I do want to offer a few words to those doing this kind of social justice work -- that is, helping or urging organizations, schools, departments, and programs make structural antiracist change. Let me start by summarizing what I hear in the EB's statement, so that we are clear about what the substance of their statement says and what changes they are committed to doing toward making CWPA more antiracist and anti-White supremacist. 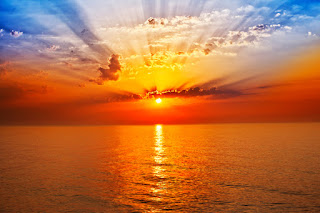 What I hear in the statement is a deep and thoughtful apology for the White supremacy culture that CWPA and its EB have either participated in or not attended to in the past and present. They also acknowledge how their inaction in the organization, its conference, and associated organs, has directly caused the organization, its conference, and associated organs to be White supremacist and kept or driven away BIPOC scholars, which of course includes the ideas and languages about WPA work that BIPOC scholars might contribute to the work that CWPA does, such as its Outcomes Statement.

They also admit that their actions and responses to the mostly BIPOC task force participated in White supremacy culture and devalued or ignored the expertise of the TF members. This TF was co-chaired by Beth Brunk-Chavez and me. Its members are:

Additionally, they admit that many scholars of color, as well as myself, have made such concerns and criticisms of the CWPA's White supremacy in the past, and by implication, they admit that they have not acted on those past calls.

All of these apologies, which I read as unequivocal and without qualifications, are a necessary first step in such antiracist changes from such organizations. I am appreciative to the EB for their bravery in do this, but it is just a first step. They are, of course, just words and not yet words that craft their standard operating procedures, bylaws,  policies, or decisions. But any such changes should start with an admitting to wrong-doing. For this, I appreciate the statement.

The statement then delineates a few things they plan to do in order to make the necessary structural antiracist and anti-White supremacist changes. They are listed in brief below. I take the language from their statement.

As I try hard to listen to this agenda for antiracist and anti-White supremacist structural changes, I hear the EB and executive officers looking for numerous ways to listen deeply and compassionately to members and others outside the organization, perhaps BIPOC scholars who might become members because they will help built its new culture, bylaws, and policies. This is what it will take: New culture, new bylaws, new policies, new people. I hear the EB wanting to make such changes, and to sincerely craft an agenda for dismantling the White supremacist structures that make CWPA, the associated journal, the convention, and its awards.

As the organization moves forward, I want to offer a word of hope and caution. I am very hopeful. This move is significant, for sure, but it will not work if those who go into the work of interrogating the CWPA go into that work thinking that it will be a tinkering with stuff, fixing some problems, plugging some holes, or patching up things. Doing antiracist and anti-White supremacist work in an organization is about dismantling the structures and policies that those in the org have held dearly, such as their Outcomes Statement.
It will also mean that they will need others outside the organization, BIPOC scholars who do antiracist and anti-White supremacist work, to help them dismantle things and build anew. If making antiracist changes meant the typical Whitely people could do it, if it meant that current members had the resources and will to do the work, it would have been done already.
So, the CWPA and journal and conference will need to respectfully and generously ask for help from others. They'll need more humility and a more open mind and heart when those BIPOC scholars make their assessments and offer their recommendations. They'll need to open generously their summer conference, specifically to invite BIPOC scholars and WPAs to their listening sessions for free -- they may even have to compensate them. This will be the test of any antiracist changes, but it will cost money and time and labor and willpower, and most of all more bravery, more willingness to sit in discomfort.
We all got investments, deep and sustained ones, in Whiteness and White supremacy culture. None of it will be easy. How much do the CWPA really want antiracist change? How much money, for instance, will they put forward to make that happen? How much time will they dedicate to it? How much are they willing to let go? I hope everything, because everything is what they want to change.
Now, there is a larger lesson here that I want to make clear before anyone pats anyone on the back: This agenda and apology would never have come, never, if it was not forced onto the organization. Unfortunately, this is how antiracist changes happen: by force. They do not happen because of our goodwills and our kind and generous hearts, nor even the expressed values for antiracism and social justice that key officers or EB members might hold. There have been really conscientious and ethically-minded presidents and EB members in the past -- some really great ones -- yet here we are looking at a White supremacist CWPA, one I named as such in my 2016 plenary address at its summer conference. And yet, here we are. Our conditions and organizational structures, our habits in our places, are very strong, and make White supremacy feel normal and even the best way to do things, especially if you are White or Whitely. This will be a difficulty.
So the work ain't gonna be easy, and it may even feel like things is gettin fucked up. And in one important sense, they are. Sometimes, the best way to fix fucked up things is to fuck them up right.
This condition is not a fault of the EB members as scholars and teachers whom I know care deeply about antiracist work -- that's clear from their statement. But they and others should recognize that even they needed a petition to boycott with more signatures that CWPA members, a blogpost that went viral in Composition and Rhetoric circles, a statement from the associated journal and publisher that made demands too. That's more than a push. It's a violent shove.
So perhaps the work, the labors of dismantling the White supremacy culture in the CWPA have begun. I really hope so. Time will tell, not years, but months. They are a small and nimble organization and conference, which is one reason they can halt their work like this. So I have high and copious expectations of them. There are lots of resources and experts they can draw on to dismantle the racist structures they are built with. And when they're done, if they've done their work right, the CWPA will look, feel, and work differently, which may feel uncomfortable for some for a time.

So I await a call to do the work. I yearn for an antiracist space to prosper in professionally. I ain't yet found one. What I do know is that to have one means I and other BIPOC need to be a part, a deep part, of its making. That's why I'm ready to do the labor. But I think, I need some personal commitments from EB members to be brave and humble and compassionate and willing to sit in their Whitely discomfort as we do the work together.
antiracism CWPA boycott first-year composition goals statement