Racist discourse like Orientalism takes many forms today beyond just representing the Arab and Middle Eastern world. For instance, many have thought that Asians in the U.S. today are unaffected by racism. But as recent high-profile events reveal, such as the Atlanta mass shooting of eight people, six of them Asian women, have shown, this is not true (note 70). NBC reported recently that there have been over 3,800 anti-Asian racist incidents in the past year alone, with 68% of those committed against women -- and these are just the incidents reported (note 71). And this isn’t just a North American phenomenon, it appears to be more global. In New Zealand, surveys show that anti-Asian racism has risen 54% since the start of the COVID-19 pandemic. In England, that same figure is 300%. Similar rises in anti-Asian incidences have been tracked in Australia (note 72).

Anti-Asian Racism isn’t just because of unwarranted blame for the pandemic on Asians. Its causes today are historical. You may know some of the history of anti-Asian sentiment and laws that form much of U.S. history (note 73). Figure 4 offers a few examples of the many anti-Asian political cartoons and propaganda that circulated in the mid- to late-19th century (note 74).

Asians were characterized as dirty, inscrutable, evil, and rat-like. They were considered to be dangerous to innocent White women. These characteristics and associations were most visible in the character of Dr. Fu Manchu, the sinister and evil villian in the long established Sax Rohmer novels, which were written and published (later by other authors) from 1913 to the 1970s. As suggested in the novel’s cover in Figure 4, Dr. Fu Manchu was devious, crafty, very smart, noble-birthed, and always out to get White women and achieve world domination. He was no one to fool with (note 75). 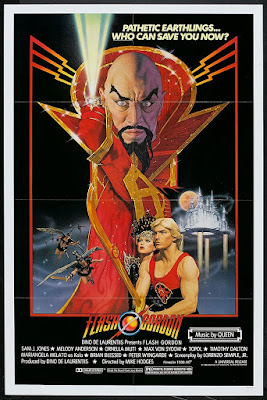 Comic books, such as Flash Gordon, which appeared first in 1934 and ran until 2003, had Fu Manchu-like characters as the villains that their White protagonists defeated. Perhaps the most famous one was Flash Gordon’s arch-enemy, Ming the Merciless. In the 1980 film (Flash Gordon), Ming is played by the late Swedish actor in yellowface, Max Von Sydow. In the movie, not only must the blond-haired Flash Gordon (Sam J. Jones) stop Ming from destroying Earth, but he must save his White love interest, Dale Arden (Melody Anderson), from marrying Ming, who has drugged Dale into compliance. Thus in the White American imagination, Black people may be savages, but Asians symbolize a “Yellow Peril,” a global terror, and the theft of innocent, White women (note 76).

Asians as Yellow Peril can be seen back in the late-1800s. At the time, Chinese were often represented as taking jobs away from Whites by being “cheap labor,” as well as the source of illness, filth, and disease, as seen in the 1877 political cartoon in The Wasp by George Frederick Keller (see Figure 5). Such characterizations stay with us, even today. As seen in Figure 5, tweets from President Trump and his staff characterize the coronavirus (COVID-19) as the “Chinese virus,” and “Kung Flu.” And this has had tangible negative influence on people in the U.S. by seemingly authorizing such negative views of Asians as normal and appropriate, even accurate. But it is simply a rehearsal of the same racist discourse of the previous century.

Grace Meng, New York's 6th Congressional District Representative, attempted to get a resolution condemning anti-Asian sentiment passed, but could not due to Republican votes against it. This caused her voicemail to be flooded with racist, anti-Asian slurs by numerous people, presumably those in her own distinct. Referencing a pandemic virus as the “China virus” participates in the long standing racist discourse of Asians as Yellow Peril, a discourse that’s been around for over a hundred and fifty years. Racist discourse is often rooted in historical representations that are difficult for us to shed, even when the more liberal among us explicitly disagree with them. 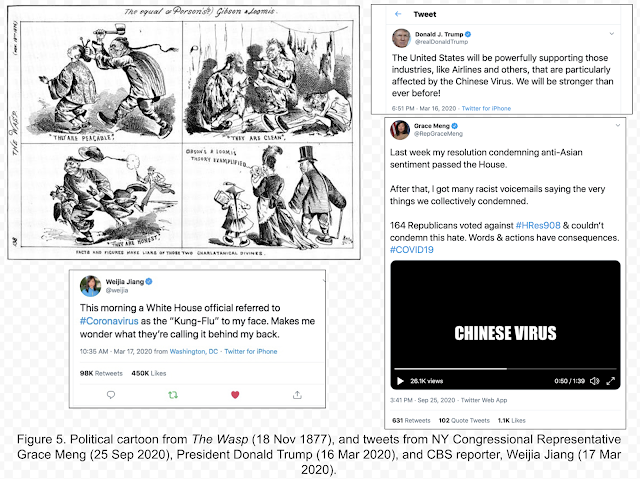 This kind of racist discourse is only possible if it assumes knowledge and authority, or tacit and unquestioned influence on those in society. Said explains about Orientalism: “Knowledge of the Orient, because generated out of strength, in a sense creates the Orient, the Oriental, and his world.” What he means by “generated out of strength” is that the vast collection of European “experts” who through their representing of the Orient and the Oriental in their books and discourses, made themselves into experts on the Orient, and so they dictated, created, managed, and ruled the Orient (note 77).

This same kind of making out of strength happens today with presidential tweets that then get retweeted over and over, then talked about on other news outlets. Soon, no one is questioning the validity of the tweet’s content because they are too busy discussing the importance of the presidential tweet as a tweet. It’s knowledge and authority generated from strength, the strength of repetition, the strength of the authority of the person or position from which the information comes. And the consequence of it is that the Coronavirus is re-created into the “China Virus.”

Orientalism, then, as a discourse organizes people, places, ideas, choices, and the like into power arrangements, hierarchies, in order to do things in the world. It is both language and material structures, policies, and systems, and today social media messages. But Orientalism, like all racist discourse, was not just about textual things. It was, and is, a field of many things. It has impacted and created the world, borders of countries, and territories, choices of where to go, who to conquer, enslave, or trade with. It has helped make decisions about where to rule and what choices to give those already living there.

Orientalism is how the British could justify rule over India for nearly 100 years (1858-1947), and why Hindi and English are the official languages of the government in India, named in India’s Constitution. It’s how, by the waning decades of the nineteenth century, Britain ruled almost a third of all African peoples. It’s how all major European powers justified their own colonial missions and empire building across the globe. This is what all racist discourse does. It creates things in the world, and one of those things is power and authority to create choices for everyone, which has ultimately enriched the White European and U.S. center. 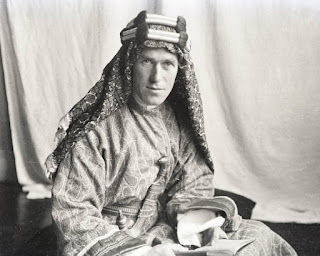 Consider the famous Colonel Thomas Edward Lawrence (1888-1935), also known as Lawrence of Arabia. He was originally an archaeologist for the British Museum in Carchemish (Karkemish) in Ottoman Syria from 1910 to near the end of 1914, when he was commissioned in the British Army. With a colleague, his initial job was to map the desert of Negev, a strategic area for the Ottoman army since they would have to cross it to attack Egypt. His mapping, as well as his authoritative stance as an expert in the Arab world, would be important to his leadership roles in the years to come. He would be a central agent in the growing conflict known as the “Arab Revolt” that would change to this day the region and its boundaries and rulers.

Why was an archaeologist who was newly commissioned into the military so important to military campaigns and the literal drawing of nation states, and to who ended up ruling in much of the Arab world? Lawrence was a writer, an Orientalist. He was a White authority made by the racist discourse of Orientalism. Said explains that “[t]he British vision, exemplified by Lawrence, is of the mainstream Orient, of peoples, political organizations, and movements guided and held in check by the White Man’s expert tutelage; the Orient is ‘our’ Orient, ‘our’ people, ‘our’ dominions.”  Said continues, “[t]he British agent-Orientalist -- Lawrence . . . during and after World War I took over both the role of expert-adventure-eccentric . . . and the role of colonial authority, whose position is in a central place next to the idigenous ruler” (note 78).

The racist discourse of Orientalism made the power that Lawrence exercised and that created nation states by his hand. But how does understanding all this, that through history racist discourse creates uneven racial power relations and does things in the world, help us as antiracist literacy and language teachers? Orienting ourselves as teachers toward history as a field, as a wide range of things, all of which make and validate racist discourse, means that we can look to today for evidence of that discourse in and around the things we teach. We don’t shed the discourse so easily. The field of other things makes sure of it. Racist discourse, like race itself, also transforms, but may have similar effects and outcomes.

There is no doubt in my mind that today’s anti-Asian incidents spring from the longer patterns of anti-Asian sentiment in history, patterns that can be described by Said’s Orientalism, patterns that are dictated by a White racial set of logics and vantage points, patterns reaffirmed by the strength and authority of white voices. These White voices and vantage points, much like the way Bourdain’s travel shows reproduce them, recreate our world in a way that always places Asians at the periphery, on the margins, and White people and their perspectives at the center. This makes Asians easily understood as a threat. That threat could be understood as a virus, something dirty and contaminating, world domination, or sexual impurity and temptation, as Robert Aaron Long, a twenty-one year old white man claimed after committing the mass killings in Atlanta.
Racist discourse is a boat. It’s a field. And it’s the long pattern of history that we cannot easily shirk off, but of course, we must.

This blogbook is offered for free in order to engage language and literacy teachers of all levels in antiracist work and dialogue. The hope is that it will help raise enough money to do more substantial and ongoing antiracist work by funding the Asao and Kelly Inoue Antiracist Teaching Endowment, housed at Oregon State University. Read more about the endowment on my endowment page. Please consider donating as much as you can to the endowment. Thank you for your help and engagement.